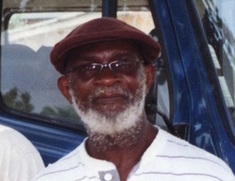 Rev. Shiame Okunor, Ph. D - Co-Founder
With a foundational experience rooted in writing for television and performing in a theatrical company, Dr. Shiame Okunor carved a niche in academia utilizing his foundational skills of writing and creativity. Credentialed in radio & television broadcasting from New York University, he produced and hosted both television and radio shows. He obtain his graduate and undergraduate degrees from The University of New Mexico and Yale University and guided the African American Studies, now Africana Studies, for almost three prolific decades during which time the program became a minor and a major degree granting academic unit. He created and was the Director of The Summer Institute in African American Studies, The African Field History Project, The Charlie Morrisey Research Hall, The Culture & Education Project, and many others. In addition, he was the first black dean of two academic Units - The University College and The General College.  He was also the first African American Associate Dean of School of Graduate Studies. Presently, he is the Executive Director of the Charlie Morrisey Education Center, a multi faceted repository comprising of Research Fellows, Fine and Performing Arts and The People to People program. Ordained in the AME Church, he is the Senior Pastor of Howard Chapel AME Church, widely known as The Church of the Homeless, the Poor and the Marginalized.

Internationally, Dr. Okunor and his sister, Ms. Naa Okunor, established The Ghana Free Community Library in Adabraka, Ghana, in 2004, in memory of their father, the late Mr. Benjamin Okunor, for his love for education. The library serves the youth of a community that has no after school nor weekend programs for the youth. Its “Librarian-in- Residence” program provides free accommodation to international students/professional artists/teachers/librarians etc. who assist in the library for six or 12 months. 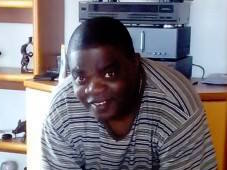